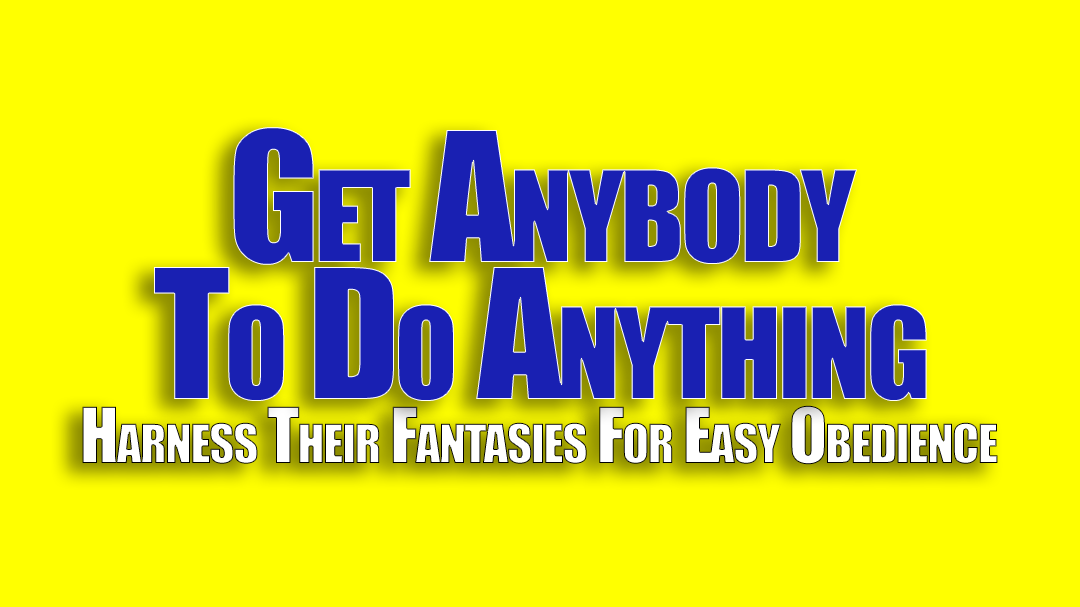 Harness Their Fantasies For Easy Obedience

Harness Their Fantasies For Easy Obedience

All humans have unlimited needs.

All humans are also programmed with an ROI instinct.

We want to spend the least to get the most.

The smallest effort for the biggest results.

This simple idea will make it easy for you to get anybody you want to do whatever you want.

You have tons of wants and desires.

They have tons of wants and desires.

Why the heck would they help you?

That once you make this simple shift, and focus only on their desires, they will soon be drooling at the mouth to do whatever you want.

With some simple conversational techniques you'll learn, and this one simple shift, you can find, build and leverage their fantasies.

All humans have a built in cause-effect generator.

This is a holdover from evolution.

A strange trait that is the origin story of all superstitions.

You are wearing your purple underwear, and you find a twenty-dollar bill.

Now that purple underwear is your lucky underwear.

Going to a job interview, better wear your lucky underwear!

Now, what the heck does purple underwear have to do with turning random strangers into your eager and willing servants?

By combining their fantasies with this cause-effect generator.

First, talk to them about their fantasies.

Make them as big and bright and as compelling as you can.

Until they are wide-eyed drooling dreamers about whatever it is they crave.

Because this will build over time, their fantasy love energy will be growing.

And just like the purple underwear effect, they will see you as the cause of their fantasy energy.

And they will make the decision, on their own, in their subconscious, that you are the most important person in the world.

And serving you will make their fantasies come true.

Just like wearing your purple underwear will get you the job or the sale.

Yes, this absolutely can be manipulative.

Or it can be used to get qualified people on your team within a win-win relationship.

Whether this be a boardroom team or a bedroom team is up to you.

But once you learn this simple technique, you'll start using it just to see the fantasy glaze in their eyes.

What will you be able to do with this simple technique?

Transfer all information from the book to your brain in minutes.

Relax, listen and slide the most critical components of effortless influence into your brain.

Session One will drop in the simplest concepts of fantasy building and manipulation.

To speak to them so they eagerly hang on every word.

To build the bliss in their brain bigger than it's ever been.

Session Two is the easy secret of your own personal halo effect.

To create such a wonderful aura of fascination around you, you'll barely have to do any talking.

To install the relationship between their brain bliss and the wonderful ideas coming out of your mind.

Session Three is the money shot.

How to easily point their behavior in any direction you want.

Program the deeper beliefs directly into your subconscious.

Build, leverage and control their fantasies.

Connect their desires to you in minutes.

Train them to see you as their personal fantasy hero.

Create a halo of bliss around your presence in minutes.

Get anybody looking at you with adoration and respect.

Build your own personal halo effect as huge and attractive as you like.

Convince them that your suggestions are the path to bliss.

Get them hanging on every word hoping for a command they can follow.

Get this now and turn every conversation into an opportunity.

Get this now and give away mental bliss like candy.

Get this now and make others happier than they've ever been.

Get this now and be the hero in everybody's brain.

Get this now and engineer their thought process.

Get this now and create a trail of desperate love wherever you go. 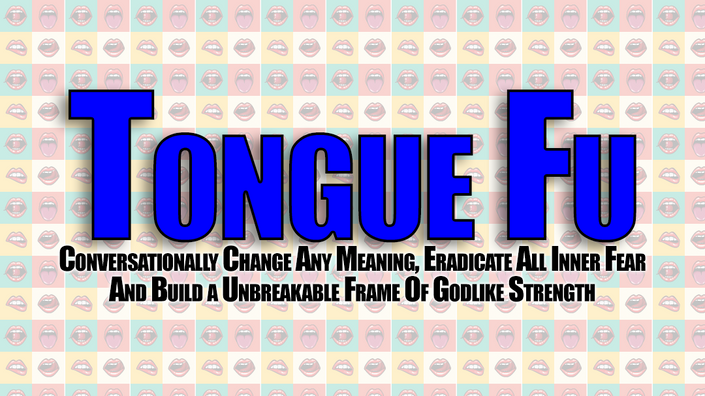