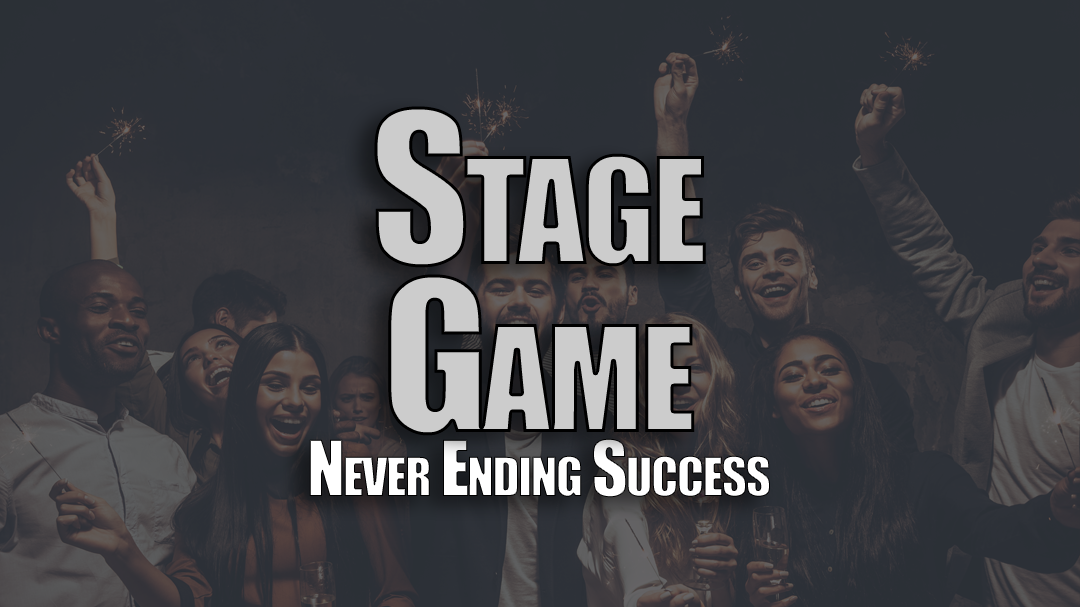 To most, the idea of public speaking is terrifying.

Most of us are terrified of public speaking.

In fact, the most terrifying words we can imagine are:

Why don't you get up and say a few words?

In those that manage to get up and speak a few times, that's about as far as they take it.

And for most people, they do it and get it over with.

Very few people would consider taking up a hobby of public speaking.

Because fear of public speaking is the most unfounded fear in common times.

The fear is based on a lot if misconceptions and false beliefs.

We tend to imagine it like it's walking up to one person, and either trying to sell something to them, or seduce them.

With one person, it's nerve wracking enough.

But to stand up in front of an entire crowd?

What right do we have to tell them anything?

If we have trouble walking up and talking to an interesting person, how the heck can we get up and talk to a crowd of people?

The core fears of public speaking are twofold.

But the reasons both of these fears are baseless are also twofold.

And once you understand them, you'll never fear public speaking again.

Even better, is once you see public speaking as something that is easy for you, you'll never stop dreaming of all the possibilities.

Just being a competent public speaker will put you in the top one percent.

If you list one of your hobbies as public speaking on a resume or job application, that enough will get your foot in the door.

Since you naturally do what most are terrified to do, people will want to meet you.

But this goes far beyond simply getting up and talking.

Sure, going to speaking clubs is fun.

But even better is turning a speaking skill into a lucrative career.

Because even deeper than the reasons why public speaking is far less terrifying than most will ever realize, the content of any speech is much less important than most people will ever know.

What does this even mean?

The common negative belief of public speaking is needing some kind of monumental message to deliver.

But you'll learn in this program that this is the furthest from the truth.

That the bigger your crowd, the more basic your message can be.

That when you combine authority and social proof, people's brains essentially shut off.

The social proof is the crowd.

The authority is you, up on stage.

Once you fully internalize this, then you'll see why public speaking is one of the easiest, yet most lucrative skills you can develop.

That if you learn how simple it is to sell from the stage, you can be a hired gun that huge companies will pay top dollar for.

That if you can learn to motivate from the stage, which is far easier than selling, you can create your own empire.

Or your own cult if that's what you want.

The bigger the crowd, the more you use the stage presence ideas from this course, the easier it will be to move any audience.

How to structure your speeches like a slippery slope of pleasure, getting them charged up to take any action you recommend.

How and why the highest paid public speakers can get away with filling their speeches with second hand ideas, some as old as time.

Why people are more desperate than ever for you to be the one to get up on stage and tell them exactly what they want to hear.

How to use your voice, use your tonality, use some very simple techniques from covert persuasion to make any audience feel better than they've ever felt.

How to use your stage game to get any job you want, in case you don't want to be a professional public speaker.

Why investing your time in learning how to be a master from the stage will get you much further than most college degrees.

Why, since the dawn of time, those who could stand before and move large audiences have been the most respected and admired members of society.

How to combine chains of slippery slope pseudo logic that will make large crowds of hundreds or even thousands be willing to buy anything you are selling.

Why mastering the easy art of stage game will have a spillover effect into any one on one conversation you'll have for any reason.

Why just walking into a room will make you stand out in a very attractive way, even if they don't know why.

Why there are two kinds of people in the world.

Who can get up and move the minds and emotions of hundreds or thousands.

And why learning the very ancient skills of oration will put you in the top 1% of any group.

Making you radiate the kind of subconsciously attractive energy that everybody craves to be around, yet rarely sees.

Three highly calibrated coaching sessions to strip away all the false fears that keep most people from ever thinking about speaking to crowds.

Why successfully mesmerizing crowds has very little to do with what you are actually talking about.

The reason why with just a little bit of stage game, the entire crowd will let you do their thinking for them.

Each coaching session is connected to three, one hour subliminal sessions on the same theme.

One for your higher mind, to accelerate conscious understanding.

One for the boundary between conscious and unconscious.

One for your deep mind, to program in the beliefs and skills at the deepest possible level.

Session One explains the big picture reasons why stage game is much easier than interpersonal game.

The instinctive mechanics that make speaking from the stage not only much easier, but much more rewarding than most one on one conversations.

Why working on stage game will get you the absolute most bang for your buck from an interpersonal level, financial level, and career level.

Session Two lays out all the strategies and ideas behind the ideal inner game up on the stage.

How building up a rock solid inner stage game is much easier than most people will ever realize.

Why easily getting over common but easy to eliminate stage fright is the first easy step in absolute stage confidence.

Session Three - is all the outer technical linguistic and other speaking techniques to turn even the tiniest bit of stage confidence into a never ending income stream.

The insanely simple practice techniques and how you can start doing them today.

Why these simple practices, when combined with the ideas from the other coaching sessions, can be the easiest path to riches you'll ever find.

Why you don't need any more information than already exists in your mind.

How to turn the simplest messages into larger and larger income streams.

The reasons getting up and speaking in public is both lucrative and immediately accessible to anybody.

Program in the absolute rock solid belief that the bigger any audience is, the easier it will be for you to control.

How swaying the collective conscious of any crowd is much, much easier than one person.

To feel nothing but a surge of confidence and absolute domination as soon as you begin speaking.

Program in advanced practices to use your language, your gestures, your pauses to give them such a powerful emotional feeling they'll do anything you ask.

Be like a wizard of words as you easily move grateful audiences to more and more positive emotions.

Feel confident as you expertly sprinkle in borrowed ideas into your speeches and get your audiences desperate to take action.

Get this now and become desperately coveted and admired by others.

Get this now and master the secret shortcut to interpersonal power.

Get this now and launch your increasingly lucrative speaking career.

Get this now and eradicate social anxiety forever.

Get this now and blast wide open what you think is possible.

Get this now and create the most attractive body language and non verbal energy anybody has ever seen.

Get this now and develop the ideal career allowing you freedom, financial independence and unlimited respect from the world.

Take a look at some of our other courses: 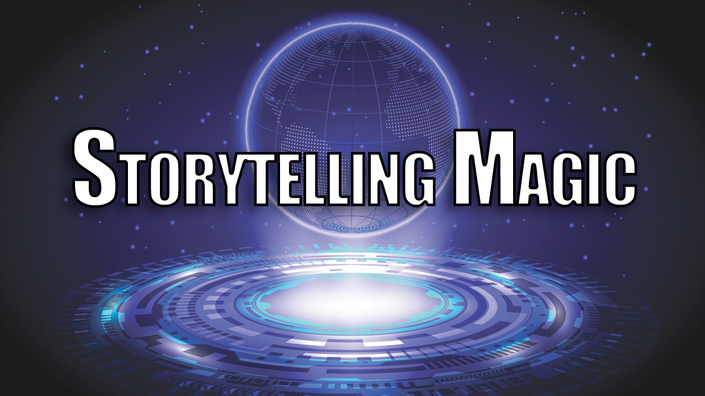 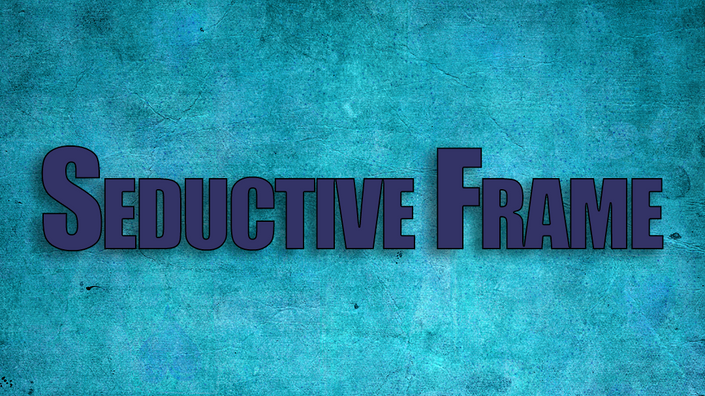 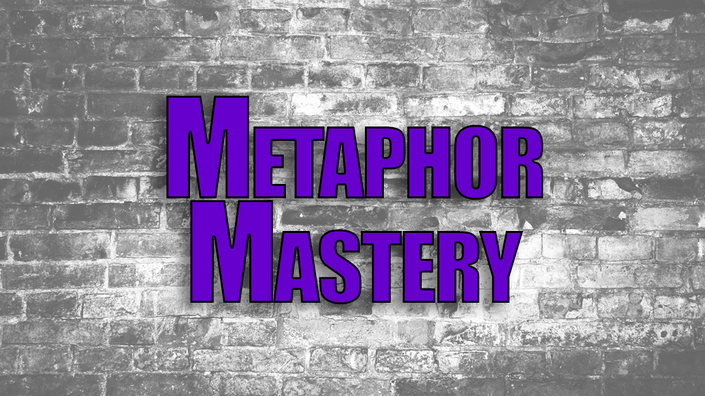 Dominate The Metaphorical Structure Of Language and Control Thinking, Desires, and Behaviors of Anybody You Want - Including Yourself