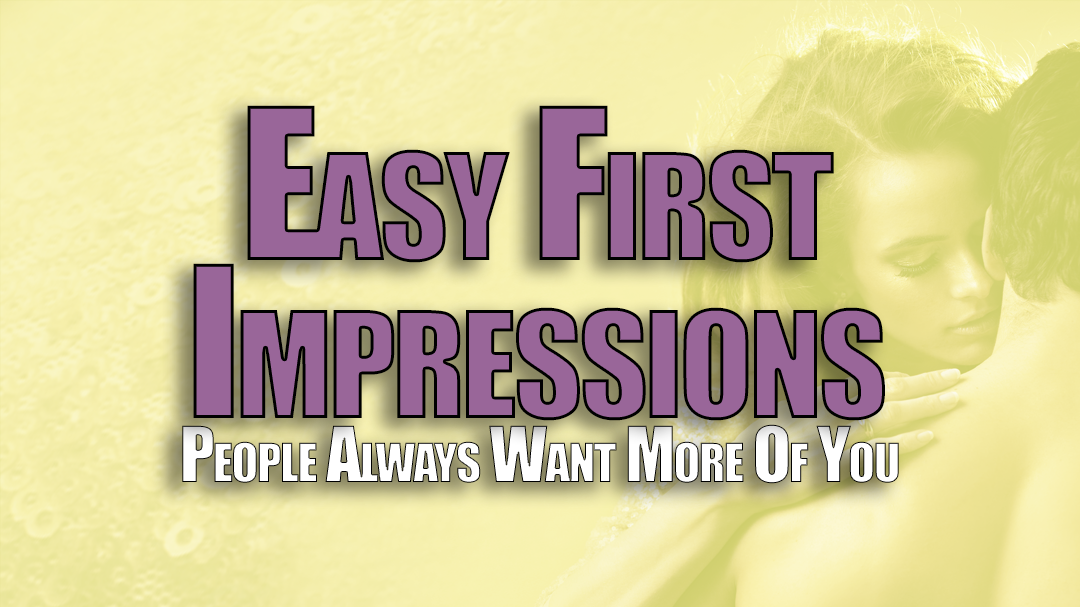 People Always Want More Of You

Easy First Impressions
Available in days
days after you enroll

Making a good impression is critical.

This is so natural most of us don't think about it.

This is why we automatically tone down the F-bombs when meeting interesting people for the first time.

But beyond that, most people use the wrong strategy.

The wrong strategy on not only two levels, but one that makes it much more difficult to make a positive first impression.

Naturally to make a good first impression, we want to be impressive, right?

So how do we be impressive?

This is where this seemingly natural and normal strategy starts to fall apart.

In the world of dating and romance this idea translates into Demonstrating High Value.

How can we impress them if we don't know anything about them?

How can we demonstrate high value if we don't have any idea what they value, and what they don't?

This creates a much deeper and unhelpful anxiety.

Just with this idea in mind, that it's our job to impress them, that makes them seem like the judge.

Out there on the stage, performing, doing our best, trying to be judged "impressive" or having "high value."

The natural response to this doesn't help.

That it's just a numbers game.

That sort of sounds good, in the abstract, but what does this really mean?

Are we supposed to wander the earth, performing like entertainers for the folks we really know NOTHING about?

That sounds a bit ridiculous.

You know what else is a numbers game?

Yeah, I know, sounds a bit goofy, but stay with me.

You go into the supermarket with twenty bucks.

You want something for dinner.

So you wander the store, looking at all the stuff.

Unless you know EXACTLY what you want, you will do what most people do.

Wander around until you find something that looks good.

How do you know what looks good?

You look at and imagine eating each thing you are considering.

You are taking your time carefully sorting through EVERYTHING you see.

Sure, this doesn't feel like a numbers game because there is no anxiety.

When it comes to meeting people, the phrase, "numbers game" is really meant to make us feel better AFTER we get shut down.

There are plenty of fish in the sea!

The more shots on goal you take, the more chances you'll have!

In fact, you miss every time you don't take a shot!

When we say these things to each other and ourselves, we very much WANT to believe them.

But let's be honest.

It would be much easier to not NEED to build back up our self esteem every after shot that didn't go in.

After every attempt to impress somebody, but they weren't impressed and told us to take hike!

But from a purely mathematical standpoint, shopping for the perfect frozen burrito is the same thing.

You wander through the store, and LIVE the numbers game.

Because it's natural, you don't need to pump yourself up after every burrito you consider doesn't pass muster.

After all, there are plenty of burritos in the freezer section!

OK, enough with the silliness.

In this program, you'll learn WHY the common practice of attempting to make a positive first impression fails so miserably.

But even better is you'll learn a much easier, much more natural process to make a positive first impression on nearly anybody you meet.

This method is not exactly intuitive, but when you try it out, and see how much easier it is, you'll never need to pump yourself up again.

Social anxiety will soon be a thing of the past.

You'll feel a very powerful, but perhaps a little unfamiliar feeling after every encounter.

They'll be looking at you and wanting more of you.

So when you see them again, (if you want to) they'll automatically light up.

This requires you ditch any goofy idea of being a dancing monkey clown doing tricks for others.

One that will make it easy to start a conversation with anybody.

And make it very simple to keep the conversation going as long as you want it to.

Never again will you wonder what to say.

Never again will you worry about what they think about you.

The best part, is this will build up a very powerful memory over time.

Even if you've got stone cold confidence, and you can talk to any pretty lady with a pulse, so long as you still are playing by the "numbers game" theory, this means that MOST of those ladies WON'T want to see you again.

Ask any experienced player and they'd be lying if they said they got anything over a 10% success rate.

If they have a world famous 20% closing rate, that means they have an 80% failure rate.

This means they must live with the harsh truth that 80% of all the pretty ladies will reject them.

But once you internalize the concepts in this program, you will flip ALL the scripts.

Zero anxiety, zero need to try to impress anybody for any reason.

But you will be so compellingly impressive TO everybody, you'll have a much different memory.

A much more attractive memory.

A memory that drives much more charismatic and magnetic behavior.

And that memory is that nearly EVERYBODY you talk to enjoys you.

Not only will they enjoy you, but they'll want MORE of you.

What will this do for your self confidence?

How many ways can you imagine living life knowing that the majority of people you stroll up to and start a conversation with will want to see you again?

The first part is the coaching session that describes this three step process.

Each step in detail, how to practice and some simple journaling exercises to accelerate your new skills of charisma.

How to start the conversations so they'll be easy.

How to keep the conversation going so they'll be happier and happier the longer you talk to them.

And most importantly, how to end the conversation so you KNOW they'll want to see you again.

The second part is a two part hypnosis session.

A guided visualization to accelerate this learning process.

This is followed by a much deeper session, to program this on an unconscious level.

So you can get started approaching, starting conversations with anybody, and creating happy feelings in no time.

Soon you'll see any social situation as being filled with opportunities.

Walking into a social situation filled with sexy people will feel just like walking into your favorite restaurant with a pocketful of cash.

Just like there's never any doubt you're going to eat something delicious, you'll have zero doubt that you are going to meet people and feel fantastic.

But even better, is that with food, you can only eat so much, no matter how delicious it is.

But with your new social skills, you'll soon see meeting people and making them smile as your favorite hobby.

As much and as often as you want.

Get this now and never feel social anxiety again.

Get this now and fill your social network with friends, lovers and everybody in between.

Get this now and start building a memory that says everybody wants you, everybody likes you, and everybody will love to see you again.

Get this now and never feel like a dancing monkey clown ever again.

Get this now and forget about impressing people with your clothes, wealth or even your looks, and make people crave you simply because of your irresistibly attractive social skills.

Get this now and live life like a player, or just develop the happy habit of making pretty people smile wherever you go. 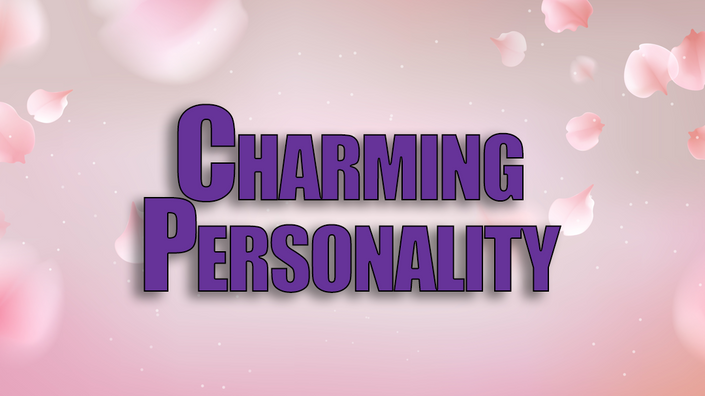 Develop Easy, Natural Conversational Skills and Leave Everybody Better Off Than You Found Them 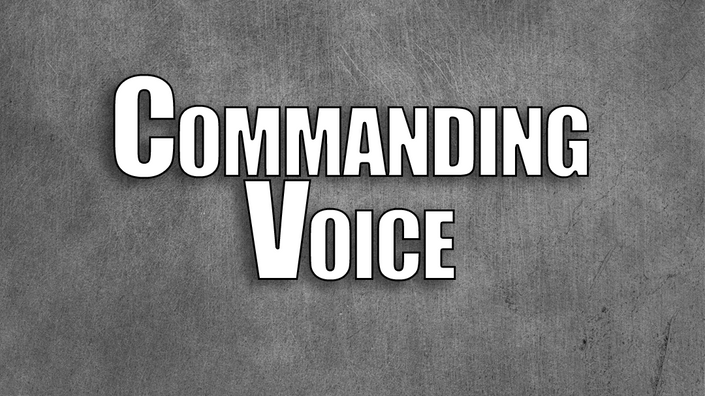